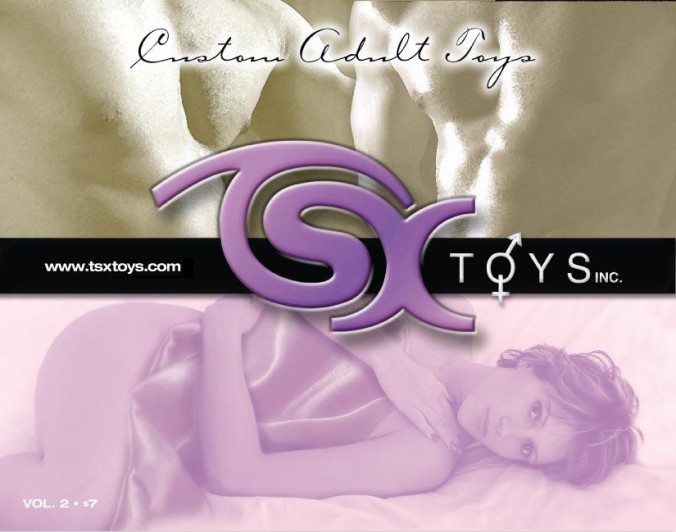 Generally, in a useful article analysis, one of the key issues is whether the alleged copyrighted features can be “conceptually separated” from the underlying functionality of the useful item. If you can mentally identify particular features or elements of the product that are aesthetic and not inherent to the functional design or use, then these particular elements may be copyrighted. These elements would accordingly “stand on their own as words of art” and this is precisely the argument being raised by Defendants in their post-trial objections to a new trial.

Whether a feature or element is “conceptually separable,” however, is not a straight forward or objective test. Courts have been wrestling with how to legally assess conceptual separability for years, though applying such a legal test to a sex toy may be a first. The Sixth Circuit most recently addressed the conundrum in Varsity Brands, Inc. v. Star Athletica, LLC, a dispute over cheerleading uniforms and designs.[4] In this case, the court addressed by “physical separability” and “conceptual separability” to determine whether elements of a useful article could be independently copyrighted.

The “physical separability” test set forth by the Copyright Office means “that the useful article contains pictorial, graphic, or sculptural features that can be physically separated from the article by ordinary means while leaving the utilitarian aspects of the article completely intact.”[5] For example, a sufficiently decorated hood ornament on a car can be physically removed without destroying the car itself or its functionality. The hood ornament can be identified and exist independently of the utilitarian aspects of the car. This particular test has been used as a guideline since the famous Supreme Court case of Mazer v. Stein.[6] But every court since that time has also applied the conceptual separability test as a bookend to the physical separability test. This is where the allegedly copyrighted feature cannot be physically removed from the article.

The Varsity Brands court identified nine (9!?!) different approaches for assessing conceptual separability, each of which has been used in various cases and scholarly articles over time.[7] Included in these tests or approaches are:

(1) The Copyright Office’s Approach: “A pictorial, graphic, or sculptural feature satisfies [the conceptual-separability] requirement only if the artistic feature and the useful article could both exist side by side and be perceived as fully realized, separate works—one an artistic work and the other a useful article.”

(2) The Primary-Subsidiary Approach: A pictorial, graphic, or sculptural feature is conceptually separable if the artistic features of the design are “primary” to the “subsidiary utilitarian function.”

(3) The Objectively Necessary Approach: A pictorial, graphic, or sculptural feature is conceptually separable if the artistic features of the design are not necessary to the performance of the utilitarian function of the article.

(4) The Ordinary-Observer Approach: A pictorial, graphic, or sculptural feature is conceptually separable if “the design creates in the mind of the ordinary[, reasonable] observer two different concepts that are not inevitably entertained simultaneously.”

(5) The Design-Process Approach: A pictorial, graphic, or sculptural feature is conceptually separable if the “design elements can be identified as reflecting the designer’s artistic judgment exercised independently of functional influences.”

(6) The Stand-Alone Approach: A pictorial, graphic, or sculptural feature is conceptually separable if “the useful article’s functionality remain[s] intact once the copyrightable material is separated.”

(7) The Likelihood-of-Marketability Approach: A pictorial, graphic, or sculptural feature is conceptually separable if “‘there is substantial likelihood that even if the article had no utilitarian use it would still be marketable to some significant segment of the community simply because of its aesthetic qualities.'”

(8) Patry’s Approach: There no need to engage in a separability analysis if (A) the work is the design of a three-dimensional article, and (B) the design is not of a “useful article.” When determining whether pictorial,  graphic, or sculptural features are protectable under the Copyright Act, the focus should be on whether those pictorial, graphic, or sculptural aspects are separable from the “utilitarian aspects” of the article, not the “article” because “the protected features need not be capable of existing apart from the article, only from its functional aspects.”

As you can see, the analysis can be quite confusing. It must take a truly dizzying intellect to be able to process all nine conceptual approaches and then compare it to the physical separability test. Alas, Vizzini succumbed to the effects of Iocane powder and we are left to stumble around in the dark until the Supreme Court provides a unified approach.

I have not seen any pictures of this particular “useful article” at issue. Nor am I going to perform an image search at this time. Please accept my apologies for that. Thus, without any drawings or diagrams and not having seen this product at issue, how would a dildo fare in a conceptual separability test if we assume that the artistic features cannot be physically removed from the product itself? If there are particular designs, drawings, or two-dimensional elements that Sicilia seeks to claim copyrights in, that should be easy to separate from the utilitarian purpose of the toy. Any of the nine tests featured above could readily distinguish graphics from the toy’s useful purpose.

If, however, there are particular shapes, physical features, or three-dimensional elements that distinguish Sicilia’s product from his competitors – my initial impression (read: flat-out guess) is that such features would be inherent and necessary to the product and would be intertwined with the functionality of the device. In this latter instance, such aesthetic features would be subsumed into the utilitarian features and would not be sufficient to be independently copyrighted.

It appears for now that the particular elements in dispute were distinguishable enough that the jury found that both parties’ products had unique works of art subject to copyright law and that neither were “useful articles” that were only primarily functional. For those that remain curious – you can follow along with the legal battle on PACER. Maybe the Supreme Court will be daring and take this case on appeal after all is said and done?

[1]  Though the government can become the owner or assignee of another’s copyrighted work.

[3]  It is worth noting that the litigants are now rival sex toy manufacturers, but the primary players (Tia Loya and James Sicilia) also used to be married to each other. Naturally.