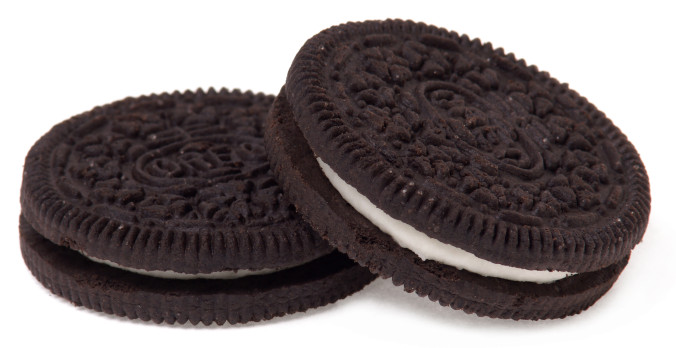 What is a generic mark?

A “generic” mark is a word or brand name that has become the generic name for, or synonymous with, a general class of product or service. It is the word which essentially defines an entire product line. The USPTO has identified a series of particular marks as being generic, including BICYCLE for “retail bicycle stores,” MILK for a “dairy-based beverage,” ESCALATOR for “moving staircases,” and ASPIRIN for “pain relief medication.” There are many other terms of art that are or have become generic marks over time, including CELLOPHANE, HEROIN, LAUNDROMAT, THERMOS, VIDEOTAPE, and ZIPPER.

Of course, there are also other terms that are mistakenly considered generic, but which are still considered protected trademarks. Among the terms in this list are ASTROTURF, CHAPSTICK, CRAYOLA, FIBERGLASS, GOOGLE, JELL-O, KLEENEX, POST-IT, Q-TIP, SHARPIE, VASELINE, and (most famously) XEROX.  You cannot Xerox a Xerox on a Xerox®. 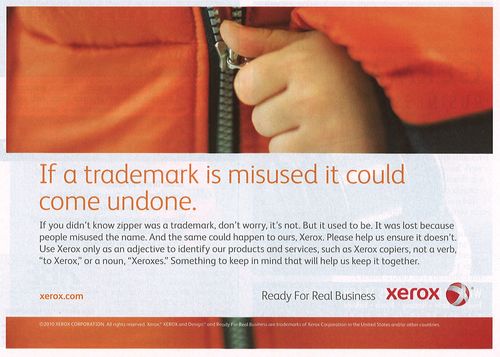 Trademarks should not be used as nouns or verbs. Nor should they be made plural as a means of being conversational short-hand. Nor are trademarks possessive. Generic marks, meanwhile, can properly be used as nouns, verbs, plurals, possessives and used in other common colloquial means because they are not trademarks and do not identify as source-identifiers for a specific product. The distinction is very important.

Can a registered trademark become generic?

This is an easy one.  The answer is “yes.” If the trademark owner fails to properly police the mark in commerce – that is, the owner fails to regulate the way a trademark is used to describe or identify a product by others – that mark can eventually become synonymous with all of the products in that class of goods. There are downsides to being too popular. If the trademark is used correctly (such as the Xerox example above), it remains protectable as a mark and can avoid becoming generic. But if all products within that class become referred to be the trademark, the mark slowly begins to lose distinctiveness. Trademarks are only as valuable as their level of distinctiveness. If the mark fails to distinguish competitor’s goods from the trademark owner’s goods, the process of genericide has begun.

How does a trademark become generic?

According to the handy guide by INTA, a trademark owner can prevent genericide in the following ways:

Unfortunately for trademark owners who fail to abide by these guidelines, even a famous trademark can go from popular trademark to “generic” over a period of time.  This is often called “genericide” or “trademark erosion.”  ZIPPER and ASPIRIN may be the most common and famous examples of this. Both of these terms were once valuable trademarks. ZIPPER-brand products were once distinguished from other metal fasteners. ASPIRIN once separated a particular type of pain medication from its competitors. Alas, the failure to prevent casual uses of these terms to describe all of the products within that glass of goods led to the terms being declared “generic” and no longer subject to trademark protection. It can happen to anyone.

Has it happened to OREO?

If I asked what “OREO” means, the classic response is probably “that cookie with the white crème-filled center.” In my entirely non-scientific, non-surveyed opinion, my guess is that few people would immediately identify OREO as a trademark owned by Kraft Foods for bakery goods, biscuits and cookies. Believe it or not, however, OREO is a registered trademark for a multitude of goods and services relating to cookies and baked goods.[2]  OREO cookies are currently being sold by Nabisco – a fact I actually had to look up when writing this.

“Oreo,” however, has attained a series of other meanings and common uses, whether Kraft Foods likes it or not. OREO is, in theory, merely one of many types of crème-filled chocolate sandwich cookies. It is the best-selling cookie in the United States for more than 100 years now. But the term “OREO” has potentially become ubiquitous for all types of crème-filled sandwich cookies. Can you even name another type or brand of similar cookie? It is not uncommon to hear someone refer to “eating Oreos” in the plural sense with no particular trademark designation. (The proper use, according to INTA’s guidelines, would be to refer to it as “eating OREO cookies” but this is rarely the common use.) Particularly disturbing is the informal use of OREO as a racial slur as a slang term.

The amusing anecdote to all of this is that the origin of OREO cookies was as a knockoff or imitation of the HYDROX cookie manufactured by Sunshine company dating back to 1908. HYDROX cookies were an original form of chocolate sandwich cookies, but the surprising popularity of OREO cookies led to the widespread perception that HYDROX was the knockoff version, and not the other way around. OREO debuted in 1912 and was first marketed as the “Oreo Sandwich.” OREO cookies now are sold in multiple formats and types of food, even as ice cream products or cakes and with multiple types of crème fillings.

The OREO cookie has also become ingrained in pop culture. The mere presence of OREO cookies functions as an integral plot point in the movie Rounders (1998) and OREO cookies are even featured as speaking (animated) characters in the movie Wreck-it Ralph (2012).  Of course, I presume they were OREO® brand cookies being used, but the cookie itself and the OREO name has become ever-present.

Personally, I cannot name any direct competitors to OREO off the top of my head. I am also guilty of using OREO in the colloquial sense for all types of crème-filled sandwich cookies. I have seen the use of Oreo in a non-trademark sense routinely, including at my recent visit to the aforementioned Houston restaurant. If I were not a trademark lawyer actively researching the issue, I would readily believe that OREO has eroded into a common term of use for all types of crème filled cookies. It has become shorthand lingo in American culture. Unlike with the Xerox Corporation, I have not seen any active policing of these generic uses in the market by Nabisco or Kraft Foods. There has not been any public campaign that I am aware of to protect the integrity of the OREO trademark registration.

All of these anecdotal facts and events lead me to question whether OREO continues to serve as a source-identifier for a particular type of good manufactured and sold by Nabisco and/or Kraft Foods. Instead, it appears to me that OREO has become synonymous with all crème-filled sandwich cookies that define the entire class of such products. This is precisely what it means for a trademark to become generic. At the very least it makes for an interesting discussion.

[1] The Oreo offering has since been removed from the menu. See generally http://tonyshouston.com/menu/.