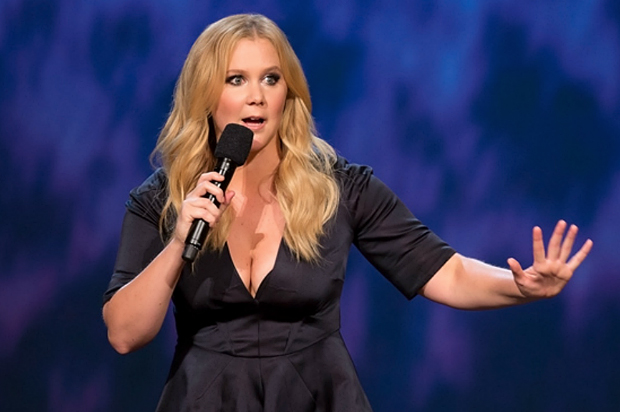 The U.S. Copyright Act states that particular “works of authorship” are protected, including literary works, dramatic works, motion pictures and other audiovisual works, sound recordings, and other categories.[2] Copyright protection exists when such an original work of authorship is sufficiently “fixed in a tangible medium of expression” that can be “perceived, reproduced, or otherwise communicated.”[3] Considering that modern day comedians are multi-media experts and often parlay their status as comedians into acting, writing, producing and directing – their “jokes” become their livelihood and are often fixed in numerous different types of mediums.  Accordingly, it is safe to say that “jokes” in the most common sense are sufficiently works of authorship that can be subject to copyright protection.

Amy Schumer has a television show on Comedy Central, “Inside Amy Schumer” and has also appeared into stand-up comedy specials on HBO, most recently “Live at the Apollo” that premiered in the fall of 2015.  In particular, Schumer’s series of jokes at the end of this “Apollo” special are allegedly substantially similar to the comedic bit by Patrice O’Neal originally performed in 2007.

Now, the basic test for copyright infringement is “access” plus “substantial similarity.”[4] If we assume for argumentative purposes in this instance that the two performances are substantially similar, the next factor is whether Amy Schumer knew about or had access to the prior performance by Patrice O’Neal, who has since passed away.  Schumer herself claims that she has never seen or heard his performance before:

Thanks man. I have never seen that Patrice bit but I will watch today. I love and miss him. https://t.co/4hxlDgF7Bi

Interesting approach, though the lack of access is not legally dispositive even if we take Ms. Schumer’s statements at face value.  The substantial similarity test is generally applied on a sliding scale.  The more similar the works, the less need for direct proof of access.[5]  It is unlikely that Schumer will face direct legal action for these alleged similarities, but the real damage is whether claims of being a joke thief becomes her reputation. That could be far more damaging to her career than monetary damages from willful infringement, or even an injunction.

Meanwhile, Schumer is not the only comedian to recently have to address joke theft and copyright infringement allegations.  Conan O’Brien is facing an actual lawsuit from an individual in San Diego.[6]  Conan is accused of infringing four specific jokes that the individual claims are his works of original authorship.  The general nature of the jokes concerned newsworthy events from 2014 and 2015 and related observational humor bits, each of which the Plaintiff alleges he first published on his personal blog or his Twitter account.  While the jokes are of a general nature, the jokes Conan told on his television show at later dates are extremely similar (though not word-for-word).  While Conan has a staff of writers working for him and Turner Broadcasting, it will be difficult for the Plaintiff to demonstrate that Conan or TBS had access to his blog and actually saw what he posted.  Plus, Conan’s sidekick summed up the nature of the jokes in question more precisely and humorously:

There’s no possible way more than one person could have concurrently had these same species-elevating insights! THESE TAKES ARE TOO HOT!

For anyone who reads Twitter on a regular basis, after humorous newsworthy events occur, it is not uncommon for the same basic joke to be made by hundreds of different people racing to Twitter nearly simultaneously to share their wit and wisdom with the world. Originality is a dwindling natural resource it appears. Remember, for it to qualify as a copyrighted work – it has to be an original work of authorship. If it lacks originality, it lacks a copyright. In fact, it might be someone else’s copyrighted work.

Meanwhile, Twitter has noticed this negative joke theft trend and has changed its policy for removing posts based on copyright infringement.  Twitter is now actively seeking to delete “stolen” jokes once it receives legitimate reports. All based on copyright law.  Even with this new policy, typical obstacles exist due to the immediate nature of the Internet.  An example of the problems Twitter faces with copyright issues it the account The Fat Jew (@fatjew).[7]  This particular account is notorious for re-posting other people’s jokes and claiming it as his own without any attribution to the original author.  He has been publicly shamed as a “joke thief” repeatedly, but it somehow only made him more famous. To the extent he got a book deal. In one of the ironies of life, an enterprising user uploaded the Fat Jew’s entire book in a series of 140 character posts. Many of these posts have been removed by Twitter based on DMCA take-down requests and the new removal policy, but the damage was done.[8]

What does this prove?  In the abstract, yes, “joke theft” is copyright infringement if the joke is original and the thief uses a substantially similar version of the joke. Nevertheless, given the nature of the internet and the fleeting nature of pop culture humor on Twitter, it is really hard to prove infringement.  Additionally, it is unlikely that any comedian will take the time to register a particular joke with the U.S. Copyright Office.  This is important. Until a work is registered, you cannot sue for copyright infringement.  Furthermore, you effectively cannot get statutory damages for infringements that occur before registration.[9] This makes the Conan O’Brien lawsuit a rarity. In most instances, it is unlikely that a comedian will ever face litigation for alleged joke theft.  Nevertheless, the reputational damage can be far worse and essentially ruin a career.  Speaking of, has anyone seen Carlos Mencia recently?

[1] Not surprisingly, the first three Google search results for “joke theft” returned the Wikipedia pages for Leary, Mencia and Cook.

[6] The case caption is Kaseberg v. Conaco, LLC et al., No. 3:15-cv-01637, in the United States District Court for the Southern District of California.  The only cause of action is copyright infringement.

[8] Though there are rumors that it was a marketing gimmick by the Fat Jew himself.