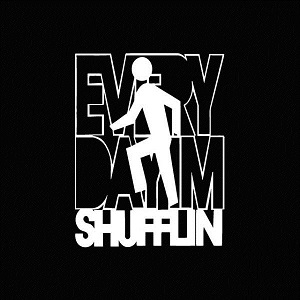 November 8, 2015 / David / Comments Off on Not Even Rick Ross is Allowed to Copyright a Word or Phrase

In January 2014, Rick Ross sued LMFAO for copyright infringement over their use of lyrics from their song “Party Rock Anthem.” In particular, Ross claims that LMFAO are infringing on his copyright in the phrase “Everyday I’m hustlin’” which is a phrase Ross claims originally appeared in his song “Hustlin’.” LMFAO modified the lyric to “Everyday I’m shufflin’” and also began selling t–shirts and clothing bearing the same phrase. Rick Ross apparently was not amused by this apparent derivative work.

Earlier this week, on September 15, 2015, Rick Ross learned that not even he is above the copyright standards the rest of us abide by. Namely, a federal court judge reminded him that you cannot copyright a word or short phrase (37 C.F.R. § 202.1(a)). In the matter of William L. Roberts, et al. v. Stefan Kendal Gordy, et al., in the United States District Court for the Southern District of Florida, Judge Kathleen M. Williams explained how the phrase “Everyday I’m hustlin’” is no more unique, original or copyrightable than other well-known lyrical phrases. Some of the previous failed attempts at copyright in short phrases included “You Got the Right One, Uh-Huh,” “Lean Back,” and even “Holla Back.”

Do not feel bad, Rick Ross. Not even Li’l Joe Wein was able to claim copyright in “go ___, it’s your birthday.”

While the Court did not rule out the possibility in copyrighting certain musical phrases, the standard remains that to be copyrightable a compilation of words must rise above “ordinary” or “common” terms and create a level of originality through association, presentation and combination of ideas and thought that comprise the author’s literary composition.

Additionally, the Court did recognize that the full scope of lyrics and the musical composition for “Hustlin’” is a valid, copyrighted work. The distinction in this particular matter, however, is that the matter was limited to the use of “Everyday I’m shufflin’” on t-shirts and related clothing items. The immediate follow–up thought, of course, is that Rick Ross can go after LMFAO for trademark infringement, but the Court was a step ahead on this issue, too. The Court previously took judicial notice that the term “Hustlin’” has already been trademarked for use on clothing and merchandise by a person other than Rick Ross.

Not all is lost for Mr. Ross, however. Just yesterday, September 17, 2015, the Court ruled against LMFAO in the same case on a different matter. LMFAO claimed the defense of fair use parody for the copyright infringement claims against them for the musical chorus of “Everyday I’m shufflin’.” The Court outright rejected that argument. Plus, Rick Ross can still claim the star of HBO’s recent edition of Hard Knocks as a fan, Houston Texans Head Coach Bill O’Brien. So Rick still has that going for him, which is nice.

How Was “Happy Birthday” Still Protected as a Copyright?