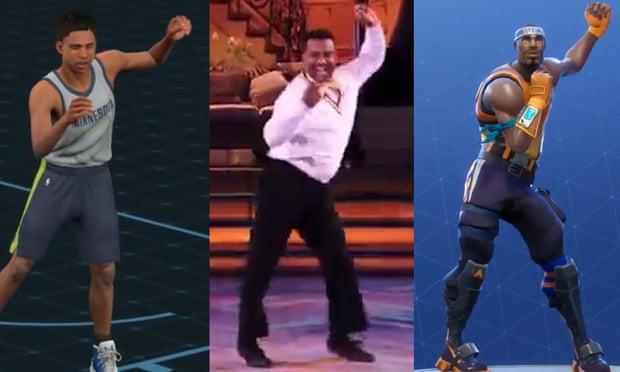 Copyright Infringement: Can you copyright a dance??

Ribeiro contends that the “Carlton Dance” is protected by copyright. He apparently filed applications to register the Dance with the U.S. Copyright Office last week (December 15, 2018). This is interesting because the Supreme Court is currently deciding whether or not a plaintiff must already have acquired a registration before you can even file a lawsuit for copyright infringement. I have recently written about this.

One other question I have seen thrown around this week is whether you can even copyright a dance. To answer that, I will link you to the Copyright Office’s own circular on choreography. Yes, dance moves are subject to copyright protection in the United States. It is an artistic expression that can be fixed in a tangible medium of expression. There are, of course, exceptions – commonplace movements and gestures do not qualify. Nor do ballroom dance moves or other common folk or other historical “dances” that have long since been in the public domain. Original choreography, however, is copyrightable. Nevertheless, what may constitute an original dance move or choreography is highly restricted.[2]

Ribeiro claims that he “created” the Dance in 1991 for the Christmas episode of the “Fresh Prince.” If we assume this is accurate, and that the first Carlton Dance was performed and published in 1991, it would not be public domain. It would theoretically be subject to copyright protections. Originality being a fact question. Especially given that Ribeiro himself has admitted that he arguably lifted the Carlton Dance moves from others.

Standing to Sue – who actually owns the Carlton Dance?

For fun, I will assume that the Carlton Dance is a copyrighted work. I want to explore who actually owns the copyright though. “The Fresh Prince of Bel-Air” is a television show that aired from 1990 to 1996. Alfonso Ribeiro was not the primary star of this show. Nor was he a show runner, the creator, or the distributor. NBC Productions was the production company, along with Quincy Jones Productions. Neither of which is owned by Ribeiro individually, in any capacity.

Ribeiro is an actor. He is an artist. Actors do not own the television shows they appear in. They do not own the copyrights of episodes that are broadcast publicly. It is likely that NBC Productions owns the copyrights to all Fresh Prince episodes and related works. This includes the character “Carlton Banks.” Ribeiro may have embodied that character through his acting talents, but this is what is known as a “work made for hire.” Under U.S. Copyright law, works prepared by an employee within the scope of his or her employment, where that work was specifically commissioned for use as part of an “audiovisual work,” and where there is a written agreement – this is a work made for hire. This is not unlike commissioning an artist to take your photo or create a custom piece of artwork – you likely own the copyright by agreement, not the artist, as the actual work was created through your specific instruction and oversight. Additionally, Ribeiro almost certainly was subject to an onerous assignment of intellectual property rights to NBC when he took the role of “Carlton Banks.” I strongly doubt that NBC assigned him the copyright to the character after the fact. While he may have been given liberties to interpret the Carlton Banks character and add flourishes such as what evolved into the Carlton Dance – that does not transform the nature of the copyright ownership.

Thus, even if Ribeiro independently “created” the Dance, this was in conjunction with his character. Which he was specifically hired to do. Where he knew it would be for an audiovisual work (a television show). He was compensated for his talents. I do not think Ribeiro owns the copyright to the Carlton Dance. This means that he lacks what is known as “standing” to sue these video game makers for copyright infringement. NBC Productions (or Quincy Jones) would have that sole right. If you do not own the copyright, you cannot claim infringement and any damages on your own behalf.

Is this fair to Ribeiro? He is forever intrinsically associated with the character of Carlton Banks for the rest of his life. Does he not deserve some measure of value for his contributions? Perhaps. That is where the concept of publicity rights intersects with this dispute. 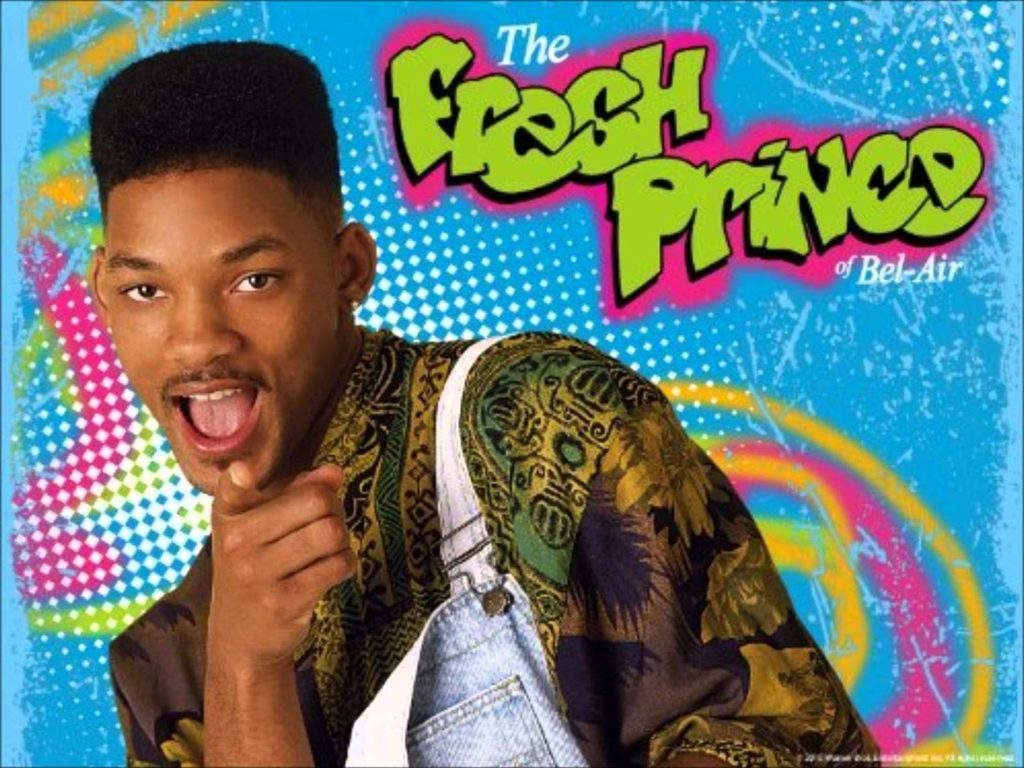 Publicity Rights – what does Ribeiro own through his celebrity status?

Most states have some version of what is known as “publicity rights.” In Texas it is informally known as the Buddy Holly law. California has its own separate statute that protects the likenesses and naming rights of famous or well-known individuals. This is codified by California Civil Code section 3344, the California Right of Publicity Law. This protects against the use of knowingly using “another’s name, voice, signature, photograph, or likeness, in any manner, on or in products, merchandise, or goods, or for purposes of advertising or selling, or soliciting purchases of, products, merchandise, goods or services, without such person’s prior consent…”

Ribeiro is complaining that the Fortnite and NBA2K games are using the “Carlton Dance” without permission and are profiting off of this to his detriment. While I understand that these games do not use characters or game avatars that look like Ribeiro, the Dance itself is allegedly so affiliated with Ribeiro’s persona that it is an extension of his likeness. Or so Ribeiro contends. He asserts that this is a misappropriation of his “identity” and that he has been personally harmed as a result. I understand his outrage.

But this also raises a few questions. First, is the Carlton Dance truly part of Ribeiro’s identity? Not to bury the lede, but it is called the “Carlton Dance,” not the “Alfonso Dance.” Alfonso Ribeiro was not the star of Fresh Prince either. That would be Will Smith. When you see others perform this simplistic dance move – you think of the television show. You think of the character Carlton Banks. You do not conceptually think of Alfonso Ribeiro outside of the framework of the show. They are not using his name or his voice. They are not saying Ribeiro is sponsoring the game or is affiliated in any way. I do not see how he is harmed as these games do not lessen Ribeiro’s ability to perform the Carlton Dance on his own or to offer his acting (and dancing) services to others.

Ribeiro is not the one being allegedly exploited here. It is the underlying choreography that is being used – which leads to the last issue.

Can Alfonso Ribeiro even assert a right of publicity if the Carlton Dance is simultaneously subject to actual or potential copyright protection? This is the doctrine of preemption. If a work is subject to copyright law, you cannot use alternate legal theories to obtain and injunction or damages for what is governed by copyright law. Including publicity rights. Recently, the Ninth Circuit held that likeness rights (publicity rights) versus copyrights are to be determined by the content of the work and not who is in the work.[3] To survive copyright preemption, the California publicity rights claim must protect rights which are “qualitatively different” from the copyrighted work protected by U.S. copyright law. There must be some extra or additional element.

In short, pursuant to the Maloney case and Ninth Circuit precedent, when the “use” of a likeness forms the “basis” of a publicity-right claim, the claim is not preempted by copyright law.[4]

Thus, Ribeiro must somehow demonstrate that while he is asserting copyright infringement, that if this claim fails, his publicity rights claims also are qualitatively different and address fundamentally different rights than what would be protected by copyright law (i.e., the Dance itself). I am not sure he can meet this standard. His actual likeness is not used in either game. It is the Dance itself he complains about. A dance which is a choreographed work of art that is subject to copyright protection, above and beyond Ribeiro’s own likeness rights. When an actor objects to the “unauthorized distribution and republication of a copyrighted work, not the exploitation of his likeness on an unrelated product or in advertising…” any publicity rights claims are preempted by copyright law.[5] Courts in California have held such cases to be “disguised copyright claim[s].” 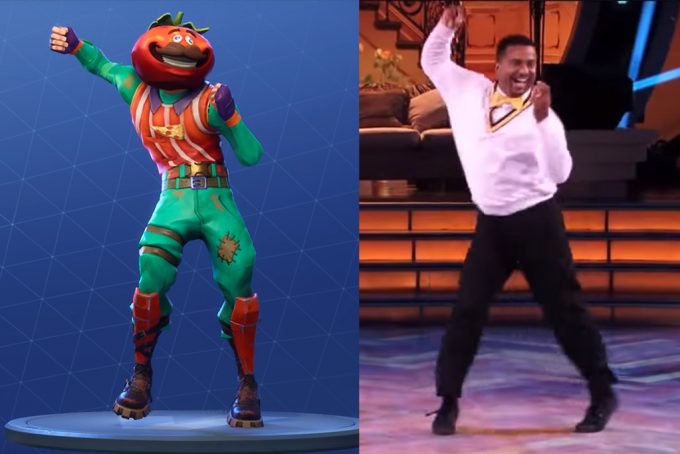 Based on what has been pleaded and asserted by Ribeiro to date, I find his claims to be specious. I do not think he owns the copyright. Nor do I think it is his actual likeness or image being used by the video games. It is the Carlton Dance which is the draw, not Ribeiro himself. This is derived from a character – Carlton Banks – that is not owned by Ribeiro. It is owned by NBC. If I were the defendants I would seek to dismiss these claims on grounds that (a) Ribeiro does not yet hold any copyright registrations for the Dance, (b) that even if/when Ribeiro obtains registrations, he is not the author or the owner of the actual copyright, and thus lacks standing to sue, and (c) any derivative publicity rights claims are preempted by copyright law.