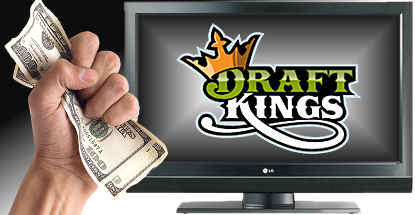 DFS sites, meanwhile, have emerged in the last few years to cater to a specific audience – individuals who do not want “season-long” commitments with fantasy sports and who instead seek what is essentially the possibility of instant gratification in fantasy games that begin and end in one day or over the course of a weekend.  These sites also allow for participants to win cash prizes, with both DraftKings and FanDuel advertising million dollar prize pools. There are other DFS sites, but DraftKings and FanDuel combine to own a supermajority of the market share.  Both have solidified sponsorship deals with major corporate entities, including ESPN,[1] and also with the professional sports leagues themselves and individual teams.[2]  The two entities are in a virtual arms race.[3]

DraftKings and FanDuel have saturated the market with content in 2015.  Yet on October 5, 2015, news emerged of a brewing scandal of potential “insider trading” by executives within both companies.[4]  While this should not be confused with classic Wall Street insider trading regarding information about securities, employees of these sites are accused of using confidential data acquired in their role as employees at one site for personal gains at the other. The backlash against DFS, specifically against DraftKings and FanDuel, may already be underway.

The ubiquitous nature of these advertisements has led many people to ask me a simple question, namely – how is this legal?  It was not long ago that a certain industry flooded the market with advertisements directed towards the same demographic.  I am sure we all remember the continuous stream of advertisements to play poker for free online, courtesy of Party Poker, PokerStars, Full Tilt Poker, Absolute Poker and/or Ultimate Bet.  These ads ran constantly from mid-2004 through April 15, 2011, a day commonly identified as “Black Friday” by poker players.[5] Another important day in that timeline was October 13, 2006.  This is the day Congress passed the Unlawful Internet Gambling Enforcement Act of 2006 (UIGEA).[6]  The UIGEA is what currently distinguishes online poker from DFS on the spectrum of legality, at least in the United States.

What is the UIGEA?  It is a law that passed on the last day before Congress adjourned before the 2006 election season.  It was added as a last minute rider to the SAFE Port Act, a law that addressed regulations of port security. Generally speaking, the UIGEA targeted the use of banks, credit cards and financial institutions to process gambling winnings through the internet.  The UIGEA specifically addressed the “problem” of “internet gambling” which the statute identified as “a growing cause of debt collection problems for insured depository institutions and the consumer credit industry.”[7]  Thus, while the UIGEA did not overtly state that internet gambling in the abstract is illegal or unlawful, it did set up civil remedies and criminal penalties for the use of banking institutions to process monies acquired through internet gambling.  Today, you can play poker online and that itself remains in a gray area of legality.  The UIGEA’s jurisdiction of sorts kicks in the moment a person tries to cash out or withdraw any winnings through an internet gambling site and have it processed through a United States financial institution.

But what constitutes “internet gambling”?

The UIGEA expressly prohibits using the internet for betting or wagering on “the outcome of a contest of others, a sporting event, or a game subject to chance, upon an agreement or understanding that the person or another person will receive something of value in the event of a certain outcome.”[8]  On its face, this appears to prohibit all internet gambling ranging from sports betting to online poker to virtual blackjack.  It also would include betting money on fantasy sports, both season-long and DFS games.  Any game of chance with the possibility of winning a cash prize in the event of a “certain outcome” is restricted by the UIGEA.  The statute, however, includes a very specific exclusion, whereby the term “bet or wager” does not include:

(ix) participation in any fantasy or simulation sports game or educational game or contest in which (if the game or contest involves a team or teams) no fantasy or simulation sports team is based on the current membership of an actual team that is a member of an amateur or professional sports organization (as those terms are defined in section 3701 of title 28) and that meets the following conditions:

(I) All prizes and awards offered to winning participants are established and made known to the participants in advance of the game or contest and their value is not determined by the number of participants or the amount of any fees paid by those participants.

(II) All winning outcomes reflect the relative knowledge and skill of the participants and are determined predominantly by accumulated statistical results of the performance of individuals (athletes in the case of sports events) in multiple real-world sporting or other events.

(III) No winning outcome is based—

(aa) on the score, point-spread, or any performance or performances of any single real-world team or any combination of such teams; or

(bb) solely on any single performance of an individual athlete in any single real-world sporting or other event.[9]

This is a convoluted way of saying that traditional sports betting is frowned upon legally, but risking money on your fantasy team (key word: “team”) is outside the purview of the UIGEA and is essentially fair game.  Professional sports leagues, most notably the National Football League, have devoted substantial resources to blocking regulated sports betting in the United States.[10]  These same sports leagues, however, recognized the commercial value of fantasy sports and have routinely embraced it with open arms.  This is how and why the carve-out for fantasy sports in the UIGEA exists.  Online poker did not get a carve-out because, quite simply, it did not and still does not have the lobbying force that the professional sports leagues do.

The public rationale provided by DFS sites is that success at fantasy sports is a matter of skill and not based purely on chance.  This is supported by substantial data and there are professionals at these sites that are substantially better at the game than the average sports fan.[11]  The money generally flows from the weakest players to the strongest players, with reports suggesting that the top percentage of DFS players win at noticeably higher rates than the average player.[12] Online poker produced similar results, yet the “skill” factor in poker has yet to overcome the legal barricades placed on the game within the United States.  Various courts have held that poker is a skill game,[13] but without statutory backing or an amendment to the UIGEA, online poker has not found the legal safe harbor that DFS currently enjoys.

Due in large part to the UIGEA, online poker sites essentially fled the U.S. market.  Party Poker ceased U.S. operations immediately after the UIGEA was enacted in 2006.[14]  A handful of years later, with the help of the FBI, on April 15, 2011, the Department of Justice seized and took over the domains for PokerStars, Full Tilt Poker, Ultimate Bet and Absolute Poker.  PokerStars and Full Tilt became the dominant players in the market when PartyPoker left, but the UIGEA made the processing of money by these sites difficult.

With a void created in PartyPoker’s absence, these remaining sites engaged in a series of fraudulent transfers with U.S. banks and other financial institutions in an attempt to avoid the reach of the UIGEA.  They were eventually caught any many of the high-level executives were indicted.  In the aftermath, evidence of elaborate cheating scams and other nefarious dealings became public knowledge.  These sites were embroiled in scandal and as a result many other poker sites retreated to the shadows of the internet.

In poker’s place we now have DFS.  It is everywhere.  Yet would it surprise you to know that many of the self-proclaimed professional players on DFS sites are former online poker grinders?[15] DraftKings is an exclusive sponsor of the World Series of Poker in 2015.[16] One of the DraftKings professional players, Max Steinberg, made the final table of the WSOP Main Event (to be aired on ESPN in early November with heavy sponsorship by DraftKings).  Steinberg essentially quit playing poker professionally last year to focus on DFS and only entered the WSOP event because he won his seat through DraftKings.[17]  While Mr. Steinberg’s feats are anecdotal and not truly evidence of correlation, there is nevertheless an interesting relationship that DFS has maintained with the poker community.  DFS is routinely compared to the former online poker business model.[18]  Nevertheless, while online poker is practically illegal in the United States, DFS has swooped in to fill the gap.  All because of an unexpected use of the UIGEA’s carve-out from 2006.

This is an evolving issue that is worth keeping a close eye on.  If DFS sites continue to operate with an appearance of impropriety, Congress may step in and treat them like it did online poker.

As a personal disclaimer, while I do participate in fantasy leagues on Yahoo and ESPN, I do not participate in DFS games and I have not deposited money on DraftKings or FanDuel. I did, however, play online poker and had accounts on PokerStars and Ultimate Bet until they were frozen in 2011. I have also played in the World Series of Poker. As a lawyer, I am personally and professionally interested in the evolving legalities of online gambling and fantasy sports and their relationship. I was also previously a member of the Poker Players Alliance (www.theppa.org).

[10] https://sports.vice.com/en_us/article/the-shield-stands-alone-why-does-the-nfl-hate-sports-gambling .  The commissioner of the NBA, Adam Silver, penned an op-ed piece in 2014 conceding the inevitability of legalized sports betting, but the NFL has since maintained its anti-sports betting position.