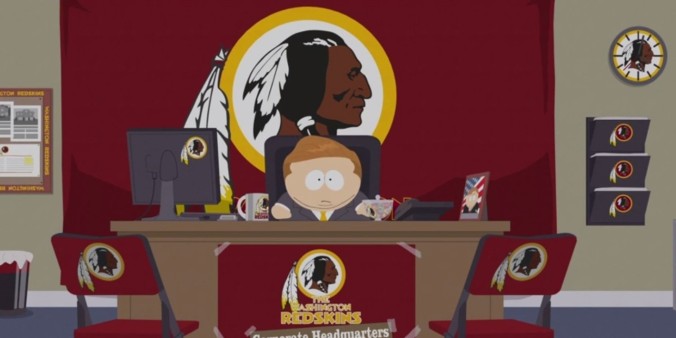 The media initially has had a field day with this news, essentially declaring that the trademark itself has been cancelled. The television show South Park even aired an episode on September 24, 2014 where a central plot point involved a character naming his company “The Washington Redskins” because the football team lost its trademark and the team’s owner, Daniel Snyder, was deemed powerless to stop the unfettered use of the name.

The problem is that “Washington Redskins” is still a trademark and the professional football team still can, and likely will, litigate against anyone who uses the name based on the faulty assumption that the trademark no longer exists. Why the confusion? The TTAB cancelled the federal registration of the mark. The TTAB did not cancel the underlying trademark itself. The “Washington Redskins™” still potentially exists as a valid and enforceable trademark under the common law.

What then are the consequences of having the “registration” cancelled for a federal trademark? Primarily, it means the owner of “Washington Redskins™” loses certain presumptions and benefits that are afforded with having a registration. This includes the presumption of validity and exclusivity that is awarded to registered marks. It also includes a presumption of nationwide use, as opposed to a more limited geographical scope of use. More importantly for the Washington Redskins entity, a registration would grant them rights to certain statutory damages in the event of counterfeiting — which can be common for sports memorabilia and merchandise. Proving “actual” damages is a heavier burden that being entitled to statutory damages.